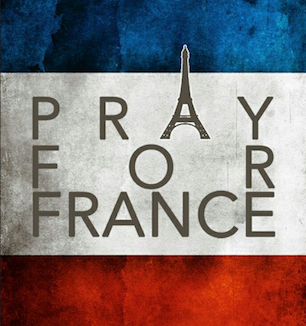 Today in Nice, France as the country celebrated Bastille Day, which is a day of Freedom the country was attacked by a senseless and despicable human being. The killer drove alongside the Promenade Des Anglais a seaside walk alongside the Mediterranean where a fireworks display was going to be held.

As I watch the news to see yet another attack on our brothers and sisters it’s truly disheartening and incredibly sad to see such hate for religion, gender or race. The killer drove on the nearly 2-kilometer roadway running people over while shooting from the large van which was apparently heavily armed.

France has been in a state of emergency, and the ban was to be removed on July 26, 2016. With the attack today its said to be extended for an additional three months.

Our thoughts and prayers are extended to all of the families involved in the attack today during the Bastille Day celebrations. A celebration of Freedom!

Canadian Prime Minister Just Trudeau noted on Twitter “ Canadians are shocked by tonight’s attack in Nice. Our sympathy is with the victims and our solidarity with the French people”.

Even though the attacks being conducted around the world are aimed at hate and violence, this is the time when as a society, community, and countries we need to join in unity to end the hate against religion, gender, and race.

We are truly saddened for the nation of France and extend our deepest sympathies. May you continue to remain strong France.