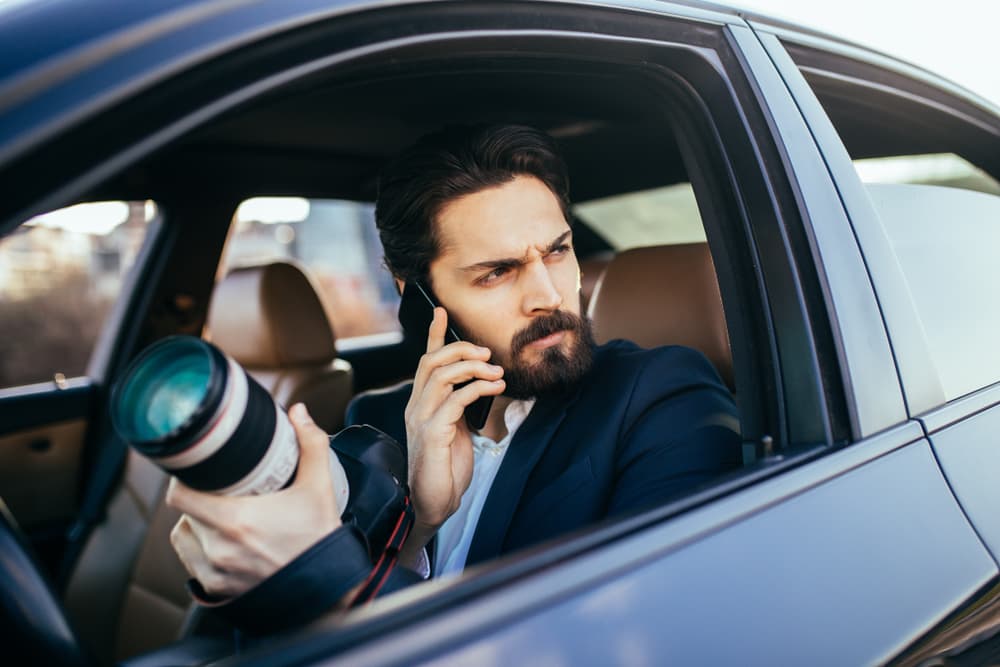 There’s nothing worse than living in a place where city workers just aren’t doing their job. Sure, it’s true that many people in many different careers don’t take their day-to-day work seriously. However, when hard working Canadians pay taxes, which go toward salaries of some city workers, seeing that money go to waste feels all the more frustrating. What’s even more frustrating is that sometimes, complaining through the correct channels results in a dead end. The city might not have the resources to investigate quickly, or the complaints just might not seem urgent. Whatever the reason, sometimes it’s better to take matters into your own hands. This is exactly what a group of concerned citizens did in the city of Winnipeg. They grew tired of waiting for results and took action. They hired a private investigation company and got the results they needed to make the city listen to their concerns . . .

A Private Investigation Surveillance Case Study in the City of Winnipeg

In April of 2019, a report leaked to the Canadian media. The report showed some shocking information. In the city of Winnipeg, it seemed that 17 development and property, and municipal planning inspectors spent hours of his or her workday doing anything but work.

So what happened? Did the city know about their unmotivated inspectors? Why did the news get leaked to the media?

According to the media, the private investigation report uncovered several shocking facts. Through surveillance and other investigative techniques, private investigators uncovered significant evidence in favor of the community. For example, the report revealed that at least 17 development and property, and municipal planning inspectors did not work for more than three hours of their shift per day. Only 1 inspector on the team managed to work the full length of their shift during the investigation period.

Through the use of photographs and video surveillance, private investigators also discovered that inspectors:

As you can see, the community was right to hire a team to gather the surveillance evidence needed. The surveillance evidence was given to the City of Winnipeg in the form of a report. Due to the serious nature of the private investigators findings, the city is reviewing the information. While it’s not possible to share some of the information with the public (due to privacy laws), it is clear that the city must take some form of action against its employees. The city has also decided to repay the community the $18,000 CAD. The reason for this is because the report proves the city should have acted sooner, and done a more thorough investigation.

Overall, the surveillance report the private investigators put together proves that the community made the right decision.

How to Hire a Private Investigator

Choosing the right private investigation company (or private investigator) isn’t easy. The reason for this is because you want to make sure the person or people you hire can get the job done right. At the end of the day, you want to make sure that your hard earned money is put to good use. You want a thorough report that outlines all the details of the investigation. After all, this report will help you to make a decision, and hold the individuals responsible accountable for their actions.

As with the case in Winnipeg, a private investigator’s job is to provide you with the evidence. They must remain impartial and lay out the facts as they see them. Sometimes this means that the private investigator finds no evidence of any wrongdoing. Even with weeks of surveillance. In these situations, you at least receive peace of mind. However, in most cases, if you’re thinking about hiring a private investigator, there’s something telling you that things just aren’t right . . .

Running through a few steps to find the right private investigator will ensure the success of any surveillance case.

It’s Not Just About Surveillance . . .

Private investigators offer many different services, in many different areas of Canada. The Smith Investigation Agency for example provides service all across Ontario including, Toronto, Ottawa, Brampton, Kingston. We also offer services in Nova Scotia and Calgary. That being said, our private investigators can also travel internationally, so if you require a service outside the country, it’s often not a problem!

A background check will reveal a lot of information about a person. It includes details like, education, previous jobs, property, marriages, and more. Industries like childcare for example, require background checks for all potential and current employees to make sure they do not have a criminal record that involves children.

A private investigator will take care of all your background check needs, for whatever (legal) reason. Private investigators have access to different databases and other search engines to reveal any hidden information. They also have the knowledge and experience to know what to look for, quickly and efficiently.

It is common for people or even things like, product or property, to go missing. A private investigator can often find missing people and items through a service known as a, locate. This type of service is more complicated than a background check, and can involve surveillance. Therefore, a locate case could take a private investigator weeks to months (in some situations).

The good news is if you hire a great private investigation team, you increase your odds of locating what’s missing. A good private investigator leaves no stone unturned. They will use all their skills, resources and databases to help you.

Sometimes people leave town without paying for their debts, child support, or for any number of other reasons. When you need to find someone, a private investigator can help you to track him or her down. This is called, skip tracing. Surveillance is often also involved with skip tracing.

What do you Need?

When it comes to your surveillance needs, you have to ask yourself: will waiting for someone else to act help the situation? If you know that something isn’t right, whether it’s in your city, or in your own home, surveillance might be the answer. If this sounds like something you want to explore, speak to a private investigator for more information.

Frustrated that your concerns aren’t being met? Need someone to talk to about what’s going on? The Smith Investigation Agency can help! Contact us today.

Are Women More Prone to Cheating Than Men?